U18 “C” hurling league St. Vincents v Laochra Óg took place in St. Vincents. We knew we would be tight on players but 13 eager lads showed up to play and play they would as we played 13 aside . The lads got stuck in from the start . Our defence was superb in opening half with great displays by Tom and Kevin at fullback and Joseph, Colm and Micheál Og on half back line . Tadgh and Stephen were getting through the work at midfield. Darragh, Dean and Eoin were half forwards Simon and Brian were the full forwards . I have to say our improvements far outweighed any negatives. The lads stuck at it to the end . Some great free taking kept us in the game . Then Dean scored his first goal after a great run and following soon after with a second one . This put us in a one point lead with minutes to go . The game finished in a draw, St Vincent’s 1-9 to Laochra Óg 2-6. Can’t thank the lads enough for the effort tonight truly Laochra Og . Thanks to team sponsors Deasy’s Pharmacy and thanks to everyone who made the trip. Thank to St. Vincent’s for a sporting game and for hosting the event.

U12 league, Laochra Og 3-5 Lisgoold 3-3. Heading into the heart of East Cork hurling territory this seemed an unlikely result this morning but our lads had other ideas. The win was fashioned from pure determination, hard work and a lot of good hurling. There was little between the teams in the opening exchanges with scores at a premium. Half time we led 1-2 to 1-1. The pace of the game upped in the second half and leading by example team captain Brian Healy gave a man of the match display scoring 3-1 . Heroes all over the field starting with goalie Eoin Healy, making several crucial saves. Heroic defending by Darragh Fitzgibbon, Charlie Burke, Neil Buckley, Daniel Murphy. Tireless at midfield were Brian Healy, James Slattery, Ben Lyons who added one of the scores of the game. Causing all sorts of problems for the Lisgoold defence were Eamonn Meachair, Cormac Mc Carthy, Denis O Donoghue and finally girl power , Donna Mc Carthy who added a few timely hooks and never left the Lisgoold defence settle. Thanks to all the players, the parents who travelled and our sponsor Astra Systems. Thanks also to Lisgoold for a good sporting game. 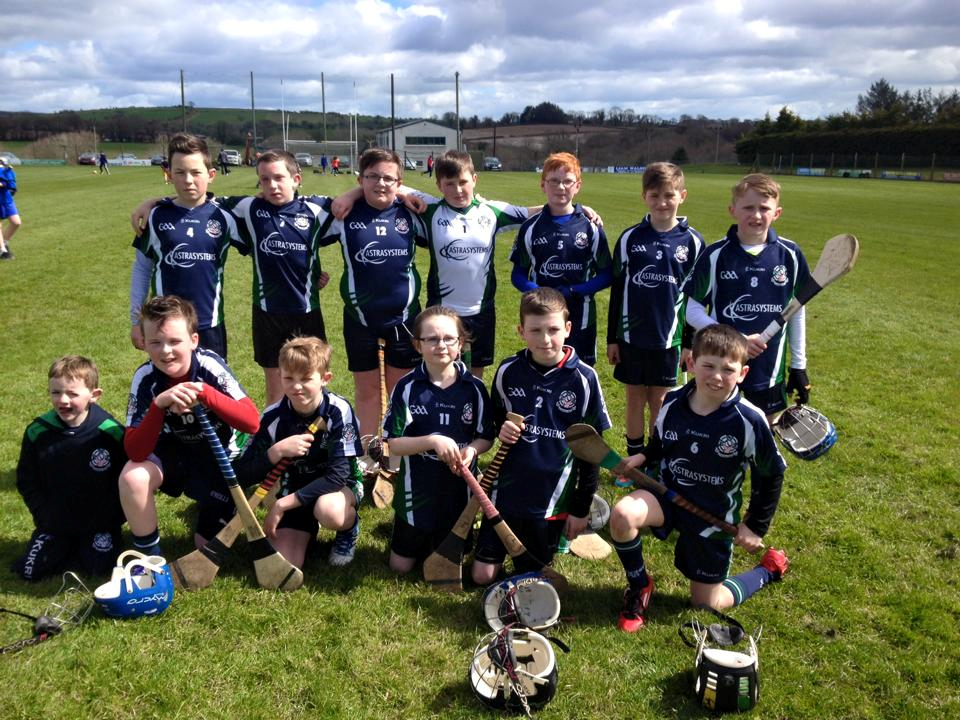 Laochra Og U12 vs Lissgoold